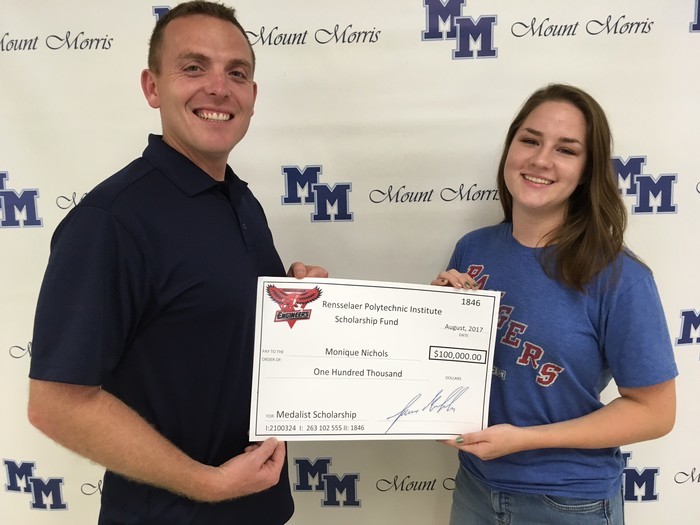 Monique is a distinguished student who received a near perfect 34 on the ACT.  This score places Monique in the 99th percentile nationwide.  The average ACT score for students admitted to an Ivy League school is 33.

“Monique is an outstanding student and our school is very proud of her for this amazing accomplishment,” said Jesse Hamilton, High School Principal at Mount Morris Central School. “This is a direct result of the academic dedication that Monique exhibits on a daily basis.”

The Rensselaer Polytechnic Institute has shared that the Medal was first presented in 1916 with two purposes: to recognize the superlative academic achievement of young men and women, and to motivate students toward careers in science, engineering, and technology.

"I am a firm believer that you get out what you put in, and this proves that the hard work I've put into my education all of my life is paying off,” said Nichols.

Monique is planning to major in biology and minor in forensics. Her goal is to work in a crime lab after college.

According to Principal Hamilton, not only is Monique a high performing student but she is also a role model to younger students.

“The Rensselaer Medal is a much deserved honor for such a hard working student,” said Principal Hamilton.