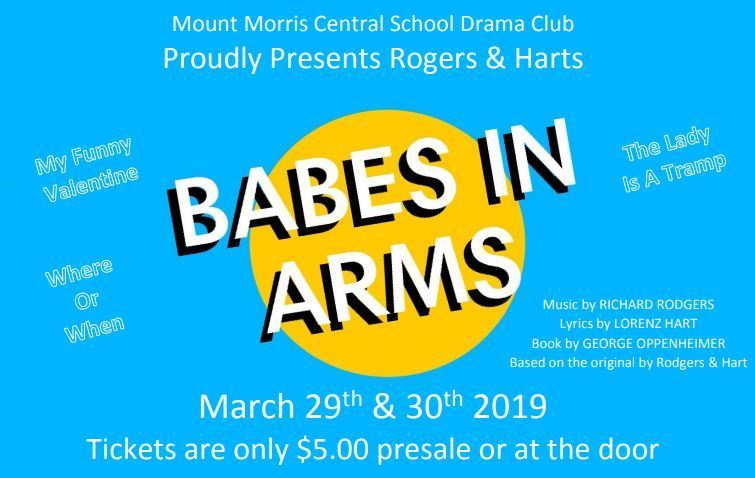 The 1959 George Oppenheimer adaptation of “Babes in Arms,” is set at a summer rock theatre. The plot concerns a group of young apprentices and their conviction to mount the original revue they’ve created while dodging the underhanded attempts of the surly theatre owner to squash their efforts at every turn. Further complications are provided by the overbearing stage mother of a beautiful ex-child star and the inflated ego of a southern playwright. However the show must go on, and so it does in a resolution of comeuppance, reconciliation, and romance.

“Babes in Arms” is under the stage direction of Mr. Lewis. The poster was designed by MMCSD senior, Alec Spicciati.

The hit songs to look out for are My Funny Valentine, I Wish I Was in Love Again, The Lady is a Tramp, and Where or When.

“Babes in Arms” will be performed at three separate show times in the auditorium. Show times are as follows:

Tickets are $5 presale or at the door.

Come out and show your support for this wonderful production!