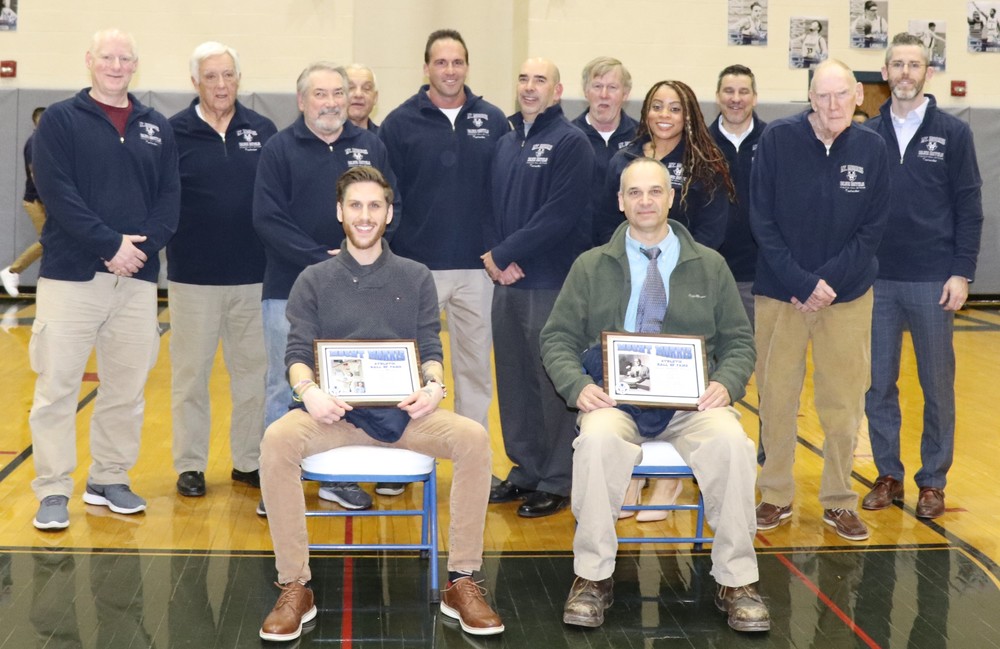 On Friday, January 24, 2020, we honored Devon Milford (Class of 2013) and the late Joseph William Belliotti (Class of 1929) for their accomplishments as outstanding athletes. The ceremony was held between our Varsity Girls and Boys basketball games. We were also joined by many of our previously inducted Hall of Fame members.

Joseph William Belliotti was a starter and captain on the basketball team and a starting center fielder in baseball. During his high school years, there were no fall sports. Joe was a member of the Livingston County Class A Champion Baseball Team. Mount Morris Enterprise writer, Fred Buerlin, wrote that Joe was “one of the best outfielders ever to wear a Mount Morris uniform.” Joe later went on to become the Supervising Principal at MMCSD.

Devon Milford was a Varsity athlete in cross country, soccer, basketball, golf, and track and field.  He was named the Team MVP (most Valuable player) in 2011 for cross country. Devon finished his basketball career at MMCSD with 1,349 points which was a new school record, previously held for 42 years. He also set a new record in track and field for triple jump and long jump as well as being named an LCAA All-Star.

Special plaques for all of our inductees hang in the gymnasium hallway at the school and can be viewed on our website in the Athletic Hall of Fame section.