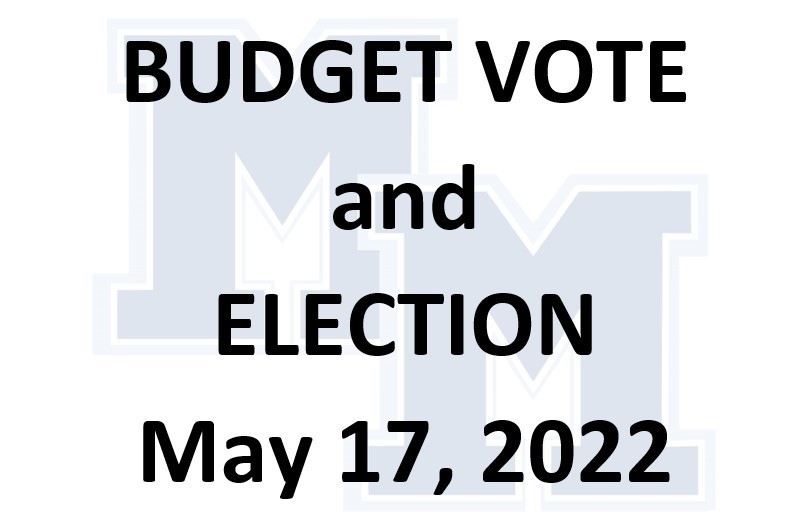 The Mount Morris CSD Budget Vote and Board of Education Election are taking place on Tuesday, May 17th from noon until 9 pm in the gymnasium lobby.

Our Budget Hearing will take place on Wednesday, May 4th at 6 pm in our auditorium followed by the regular meeting.

Our Board of Education Candidates are:  Connie Dennison, Peter Privitera, Stephanie Gehrig and Deborah Schmidt.

There are four (4) candidates for four (4) seats.  The candidates receiving the three (3) highest vote totals will each be elected to three (3) year terms commencing July 1, 2022 and ending June 30, 2025.  The candidate receiving the fourth highest vote totals will be elected to a one (1) year term commencing on May 18, 2022 and ending on June 30, 2023 to fulfill the remainder of an unexpired term.

A qualified voter is one who is (1) a citizen of the United States of America, (2) eighteen (18) years of age or older, and (3) a resident within the District for a period of thirty (30) days next preceding the annual vote and election.